A reasonable facimile of the author, vintage 2003, taken for the company where he worked as a Telecommunications Engineer. A lifelong Electronic Engineer and recently retired is now sailing and kayaking the waterways of the world. 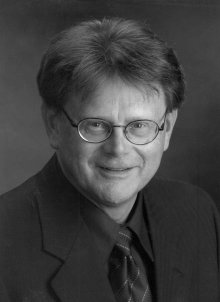 Welcome to the Charles William Moore namesake web site.  This is the point by which the pUblic can enter the business or personal sites mainTained by the author charles w moore of indiana.  With no say in the process, charles william moore, was named by his father & mother with all the romanticism of  couples in love.  It is a good nAme and as such a lot of other people liked it too so they may want to visit onCe in a while.  Only time will tell.

I quickly found that ALLSTAR & IRLP is my thing since it is internet, computer, Linux and ham radio related. It is amazing how quick the nodes around the world can talk with each other: perhaps half a second delay and I can talk with Japan, Europe and China easily. But then again, I guess Skype is easy too so to many techies IRLP is no big deal but it is cool. Some day soon I will put some pictures of the equipment.

Life is for the living.

"A leader is best when people barely know he exists, when his work is done, his aim fulfilled, they will say: we did it ourselves" Lao Tzu
"Searching for the kernel of truth in what the other side is saying is part of the path to civility." Christopher Edley, Berkeley School of Law
"The illiterate of the 21st century will not be those who cannot read and write, but those who cannot learn, unlearn and relearn." Alvin Toffler, futurist
"No problem can stand the assault of sustained thinking" Voltaire
"Well done is better than well said" B. Franklin

Moore Than Enough - A Blog